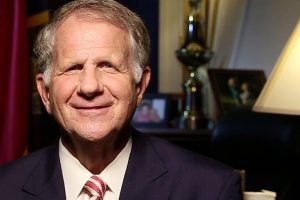 Congressman Ted Poe is serving his 4th term representing the 2nd Congressional District of Texas in the United States House of Representatives. Congressman Poe has taken leadership roles in Washington,DC to advocate on behalf of victims and children and is recognized nationally for his efforts to secure our borders and establish a plan for energy independence.

Before serving the 2nd Congressional District, Congressman Poe was a prosecutor and judge for 30 years in Houston, Texas.Judge Poe was known for his creative sentencing of criminals and hard nosed approach to enforcing the law. Judge Poe garnered national media attention for his “Poetic Justice” punishments – he ordered thieves to carry signs in front of stores from which they stole, commanded sex offenders to place warning signs on their home after serving jail time, and directed murderers to securely place a photo of their victims on the wall of their prison cells reminding them of their crime.

Congressman Poe is a member of the House Judiciary Committee, and also serves on the House Committee on Foreign Affairs.

Come hear your Congressman give you the latest updates on issues of local and national interest. We’ll have lots of time for Q&A; as well.

The Museum District Business Alliance is a non-profit organization dedicated to the promotion of business and the arts in the greater Montrose/Museum District area.

Please join us as we strive to make our area a better place to work and live!