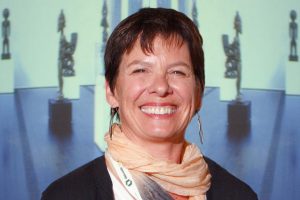 Sheryl joined The Menil Collection in 2012, arriving from Washington, DC where she served as the Deputy Director of the Smithsonian Institution’s Office of Facilities Engineering and Operations. Since 1995, Sheryl occupied a series of positions at the Smithsonian, managing the capital design and construction program, overseeing planning and preservation, operations and maintenance, and safety and security for 19 museums and galleries, the National Zoo, and 9 research centers across the country and abroad.

Sheryl received her bachelor’s in art history from Brown University and a master’s in architecture from Columbia University. She began her career as a private sector architect working on residential and institutional projects before moving to the public sector. She headed the capital program of many New York institutions, including the Brooklyn Museum, the Museum of the City of New York, Lincoln Center and the Metropolitan Museum of Art.

US News ranked The Menil Collection as the #2 top thing to do in Houston, which is no surprise to any of us. Come hear Sheryl talk about the latest and greatest expansion plans at The Menil, and have lunch at Bistro Menil, the cool new restaurant on The Menil campus featuring dishes from Chef Greg Martin (formally of Cafe Annie). Seating is limited to 30 guests, so be sure to register early.

The Museum District Business Alliance is a non-profit organization dedicated to the promotion of business and the arts in the greater Montrose/Museum District area.